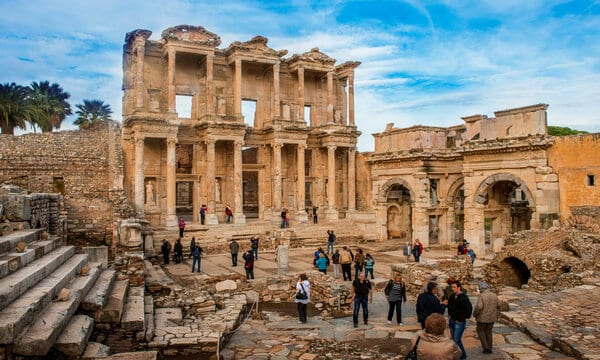 Türkiye is a nation straddling eastern Europe and western Asia with cultural connections to ancient Greek, Persian, Roman, Byzantine and Ottoman empires. Cosmopolitan Istanbul, on the Bosphorus Strait, is home to the iconic Hagia Sophia, with its soaring dome and Christian mosaics, the massive 17th-century Blue Mosque and the circa-1460 Topkapı Palace, former home of sultans. Ankara is Türkiye’s modern capital.

Major resorts include Antalya, a gateway to the southern Mediterranean area known as both the Turkish Riviera and the Turquoise Coast, and the Bodrum and Çesme peninsulas, both on the Aegean. Archaeological sites of note include the remnants of Troy and Pergamon, the Roman ruins at Hierapolis and, more extensively, the ancient city of Ephesus. The semi-arid central region of Cappadocia, especially Göreme, is known for “fairy chimneys” (tall, cone-shaped rock formations), Bronze Age cave dwellings that became early Christian churches and the Derinkuyu and Kaymakli underground cities. Pamukkale is known for its travertine hot springs. 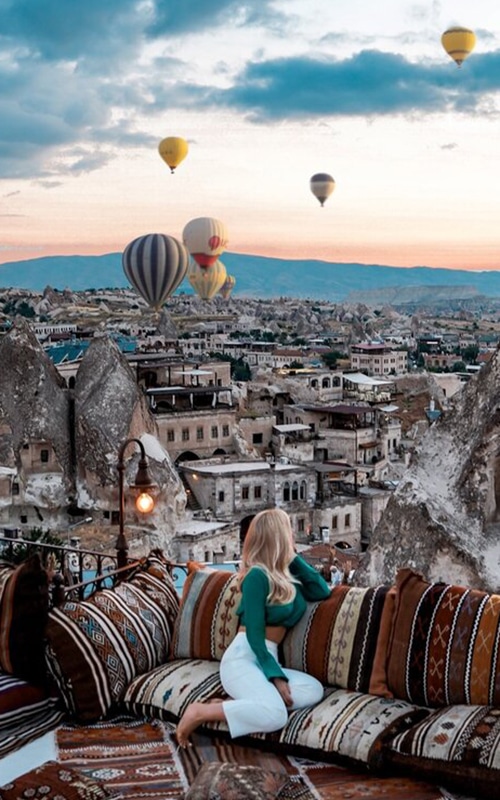 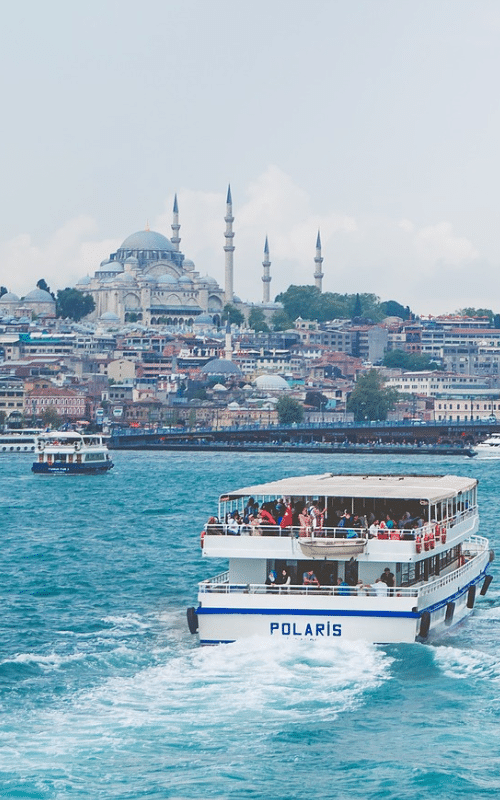 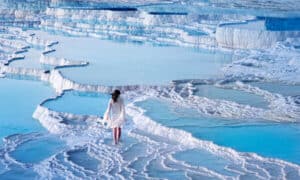 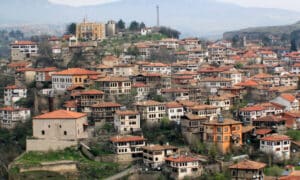